In 2007, K3 began its main residency programme, which each year provides three choreographers with a chance to work on site for eight months. This internationally unique programme is intended for artists currently at the beginning of their professional careers, who have produced some choreographic work of their own. The residency begins middle of August and runs until middle of April of the following year.

The goal of the residency is to develop and strengthen the connections between choreographic practice, research, artistic production, and qualification. Over the course of the residency the three choreographers will each develop a full-length piece that is presented towards the end of the residency, in the frame of TanzHochDrei on three evenings. Choreographers-in-residence receive a monthly grant, a production budget, mentoring, dramaturgical support, and opportunities to acquire additional skills and qualifications.

The residency programme is closely linked to the courses and professional training programs offered by K3. The residency includes mentoring and dramaturgical, technical, and production related support. It moreover links the projects proposed by the choreographers in residence closely to the various on going programs of K3.

Clarissa Sacchelli (São Paulo) is an artist working in and on dance. She has been developing her projects moving between choreographic pieces, performances, publications and educational activities, whilst also working in collaboration with other artists. Her practice has been informed by the experience of living and working predominantly in the Latin-American context. She holds an MA in Dance from Trinity Laban (UK) and a postgraduate diploma in Semiotics from the Pontifical Catholic University of São Paulo (BR).
During her residency at K3, Clarissa proposes to explore the concept of care as a speculative choreographic practice. She is interested in what happens to the body and to dance when we pay attention to the question of how to care. Searching for bodies that defy gravity, neither vertical nor horizontal, that are leaning themselves to others in a vulnerable position. She will investigate how a practice based on being out of one’s own axis is capable of bringing people and other beings together in an interdependent relation.

Venetsiana Kalampaliki (Athens) is a dancer and choreographer based in Athens. She is a graduate of the School of Economics and Political Sciences of the University of Athens and the Greek National School of Dance and continues her research with a Master in Fine Arts at the Athens School of Fine Arts. Her collaborations extend in the fields of contemporary dance, digital and visual arts, performance and disability arts alongside the development of her personal artistic practice. Her latest project Re-call was presented at the 7th New Choreographers Festival of the Onassis Stegi, the Holland Dance Festival and is currently on tour.
During her K3 residency, Venetsiana aims to develop methodologies that consider accessibility from the beginning of an artistic process and make use of the specific aesthetic qualities. Observing links between accessibility, the city and the cultural scene in terms of participation, she will focus on the urban area in order to become familiar with the variety of needs and desires of mixed audience members.

Gloria Höckner (Hamburg) deals with techno-feminist perspectives on the body and its relationship to (power) structures. Gloria´s pieces have been performed at festivals such as Performing Arts Festival Berlin, Balance Club / Culture Festival Leipzig, and Out Now! After studying theater, film and media studies in Vienna and a master degree in performance studies, Gloria received a scholarship from the Claussen-Simon Foundation and had residencies at Seoul Dance Center, K3 (Limited Edition) and Nave in Santiago de Chile.
As part of a transdisciplinary research process during the residency at K3, which links digital and analogue practices, Gloria appropriates surveillance technologies and systems that use artifical intelligence to track human emotions in order to develop alternative bodies, images and narratives. With this questions about self-determination about one's own body and the data that is produced by it are negotiated. 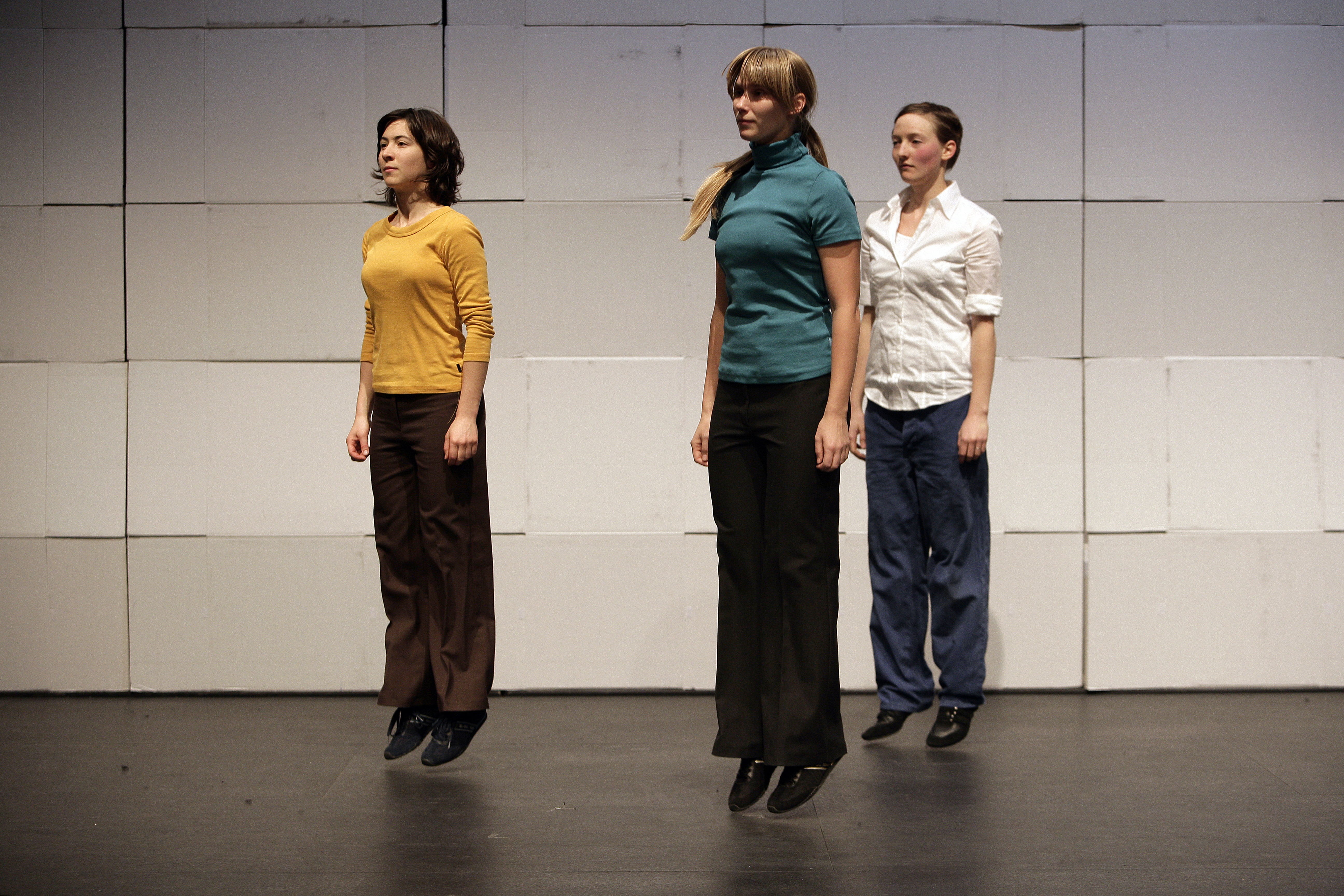