(they/them) deals with the relationship of the body to technology and power-structures. They explores the principle of hacking and the potential of glitch - disturbances in the system. Gloria's pieces have been performed at festivals such as Performing Arts Festival Berlin, Balance Club / Culture Festival Leipzig, and Out Now! Bremen. After studying Theatre, Film and Media and Performance Studies, Gloria was invited to residencies at Seoul Dance Center, K3 (Limited Edition) and Nave in Santiago de Chile.

As part of a transdisciplinary research process during the residency at K3, which links digital and analogue practices, Gloria appropriates surveillance technologies and systems that use ‘artificial intelligence’ to ‘recognise’ human emotions in order to develop alternative bodies, images and narratives. Their research touches upon questions of self-determination about one‘s own body and the data that is produced by it. 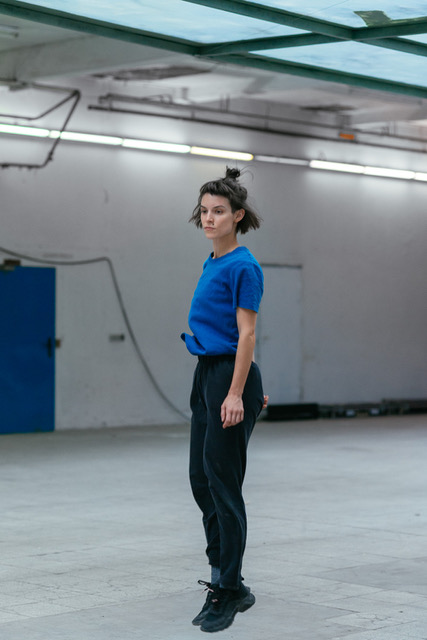